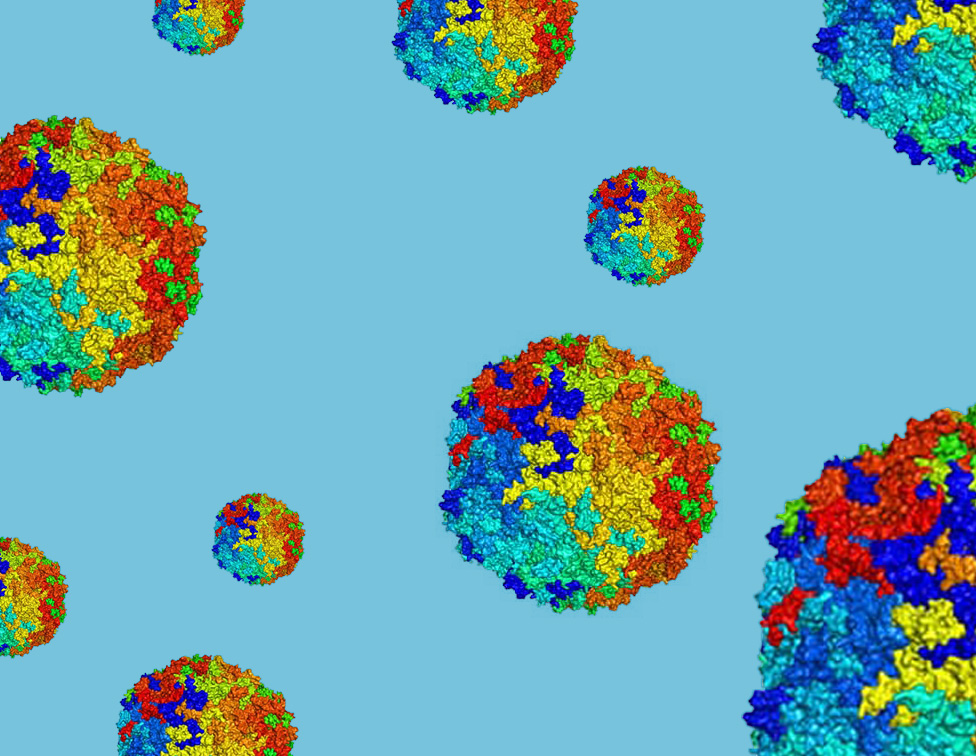 Parvovirus B19 (B19V) has been discovered in 1975. The association with a disease was unclear in the first time after the discovery of B19V, but meanwhile, the usually droplet transmitted B19V is known as the infectious agent of the “fifth disease,” a rather harmless children’s illness. Due to the infection path via droplet transmission, many infections occur during childhood: while in infants at an age of below 5 years, in only 2% antibodies against B19V are detect-able as a marker of a past infection, the percentage of antibody-positive infants increases with the age: between an age of 5 and 9, in 21% of infants antibodies against B19V are detectable and 36% in adolescents between 10 and 19 years. In 49% of adults, between an age of 20 and 39 years, antibodies against B19V were detectable in this study. The seroprevalence differed between 9.78 and 79.1% in the different countries, but not only geographical differences might led to the differing seroprevalence rates but also differences in the numbers of investigated donors as well as different sensitivities in the antibody tests that were used. Provided that 72% (or slightly less) of all blood donors are immune against B19V due to the presence of antibodies formed by a B19V infection in the past, the remaining blood donors without detectable antibodies are susceptible for a B19V infection. As the acute infection is often asymptomatic, especially in adults, affected blood donors are often not apparently ill and hence are allowed to donate blood. That way, viremic donations can be taken and B19V DNA can be detected in the plasma by nucleic acid testing (NAT). In the last years, with the availability of international standards, it became common, to express the viral load of a blood sample by the quantity of B19V DNA in “International Units per milliliter (IU/ml)” rather than genome equivalents with one international unit being approximately equivalent to 0.6–0.8 genome equivalents. As B19V affects erythrocyte precursor cells and megakaryocytes, a change in the hematological parameter (hemoglobin and platelets) could be expected in blood donors and was already described after the experimental infection of a low number of otherwise healthy individuals. B19V infects erythrocyte progenitor cells and thus, acute B19V infection in patients with a high erythrocyte turnover may lead to a life-threatening aplastic crisis, and acutely infected pregnant women can transmit B19V to their unborn child, resulting in a hydrops fetalis and fetal death. The course of the viremia during B19V infection in blood donors is well investigated. The results of the first study, which investigated the course of the viremia after the infection, led to the conclusion that viremia is rapidly cleared in acutely infected, not immune compromised individuals. However, the method used to detect B19V DNA (dot-plot hybridization) was less sensitive compared to the methods that are currently used in the blood donor screening, but such a sensitive method was not available at that time. Especially in recent studies, the concentration of B19V DNA, measured in the plasma by NAT, serves as parameter for the level of the viremia of blood donors. And despite the use of more sensitive methods for the detection of B19V DNA, until the beginning of the last decade, the viremia in the acute B19V infection was considered as a rather short phenomenon, lasting only for several weeks. The duration of viremia in blood donors has been estimated to be 17.5 days (95% CI 11.0–53.0). The persistence of the virus or chronic infections were considered as extremely rare and a longlasting viremia as a phenomenon that is limited to more severely ill and immunocompromised individuals rather than blood donors. Approximately 30% of the potential blood donors starting at an age of 18 years have no antibodies against B19V and are thus susceptible for new B19V infections. However, in many adults, B19V infec-tion goes unnoticed and thus many blood donors donate blood despite the infection. The B19V infection does not impair the blood cell counts in healthy blood donors, but after the acute infection with extremely high DNA concentrations exceeding 1010 IU B19V DNA/ml plasma is resolved, B19V DNA persists in the plasma of blood donors at low levels for several years. That way, many consecutive donations that contain B19V DNA can be taken from a single donor, but the majority of blood products from donors with detectable B19V DNA seem not to be infectious for the recipients from several reasons: first, many recipients had undergone a B19V infection in the past and have formed protective antibodies. Second, B19V DNA concentration in the blood product is often too low to infect the recipient. Third, after the acute infection, the presence of B19V DNA in the donor is accompanied by presumably neutralizing antibodies which are protective also for the recipient of his blood products. Thus, transfusion-transmitted (TT-) B19V infections are very rarely reported. Moreover, in most blood donors, B19V DNA concentration is below 1,000 IU/ml plasma, and no TT-B19V infections have been found by such low-viremic donations. Cutoff for an assay for B19V DNA blood donor screening should, therefore, be approximately 1,000 IU/ml plasma, if a general screening of blood donors for single donation blood components is considered at all: for the overwhelming majority of transfusion recipients, B19V infection is not relevant as well as for the blood donors. Hence, another approach than a general blood donor screening to protect recipients for TT-B19V infection is to generate awareness in clinicians for the possibility of TT-B19V infections. Distinct susceptible patient groups for a more severe course of a potential B19V infection (e.g., pregnant women, immunosupressed patients, patients with high erythrocyte turnover) should be investigated thoroughly for symptoms of a B19V infection after transfusion and also performance of a B19V NAT screening in the patient can be considered.